COVID-19
COVID-19: A global crisis. An unprecedented challenge. And a chance to build back better.
Learn how a green economy can restore prosperity and nature.
Learn more
Valuing Nature
By Kathrin Ludwig Guest Author · 07th May, 2021

The numbers on biodiversity loss are alarming. 75 % of land and 65 % of oceans have been altered by human activity, 85 % of wetlands are lost and climate change now threatens biodiversity, human safety and development. The global extinction rate of species is now 10 – 100 times higher than during the past 110 million years and we are on course to lose an additional 1 million species in the next few decades.

Almost three decades of international effort have not succeeded in bending the curve of biodiversity loss. Yet, the unprecedented speed and magnitude of this loss threatens human development: a significant part of the Sustainable Development Goals (SDGs) will not be met if the biodiversity crisis is not effectively addressed. The World Economic Forum (WEF) estimates that more than 50% of global GDP is moderately to highly dependent on biodiversity.

There is an increasing recognition that we need to fundamentally transform our economies, policies and mindsets in order to halt biodiversity loss and set nature on a path to recovery. The Intergovernmental Science-Policy Platform on Biodiversity and Ecosystem Services (IPBES) defines transformative change as “a fundamental, system-wide reorganization across technological, economic and social factors, including paradigms, goals and values”.

This transformation needs to involve government, society and business, and must span both local governance of natural resources to global enforcement of investment standards. Consequently, the transformative actions will be highly context specific and vary greatly with respect to actors, sectors, governance level and geographies.

The global biodiversity framework (GBF), currently under negotiation, mentions transformative change in several subsections of the introduction and under “F. Implementation support mechanisms”. Countries that have signed the Convention on Biological Diversity (CBD) are expected to adopt the GBF in October 2021 in Kunming, China. Some proposals exist on how the transformative ambition of the GBF could be further strengthened, but ambiguity prevails around definitions, ambition, and global scale.

Transformative Change has been conceptualized in many different ways, ranging from more incremental, system-level change to more radical, structural change. This flexibility has led some to criticize the concept as overly vague and ambiguous.

However, transformative change does not only aim to address direct drivers of biodiversity loss within a given context, but also the indirect drivers such as consumption and production patterns or socio-economic inequalities. This systematic, structural approach can be very powerful.

It is true that Transformative Change as a concept must be adapted to sectoral and local contexts, and so relevant stakeholders will have to negotiate how ambitious or radical the concept is each time it is applied. To bring more clarity to the discussion, IPBES is currently preparing a thematic assessment on transformative change to bring together all relevant knowledge on the topic.

Giving the transformative change concept a key role in the global biodiversity negotiations also opens up space for new, perhaps radical or unorthodox ideas that may spur our imagination and raise awareness of the variety of possible futures we can choose from. An example of such an heterodox idea would be a conservation basic income for biodiversity rich areas.

Whether transformative change is understood as radical or as just another buzzword will also depend on the narratives in which transformative change is embedded. This will also entail telling different stories to different audience to gain their support. The integration of different perspectives on biodiversity and the co-creation of visions for a nature-positive future require inclusive, participatory processes and multi-stakeholder dialogues both in advance to the negotiations of the post-2020 GBF and beyond.

Some examples from the past include the IPBES thematic assessment on values, the Netherlands´ multi-stakeholder processes on biodiversity or the recent Edinburgh process on the role of subnational and local governments in the development of the GBF.

“ Biodiversity conservation should be understood as means to achieve transformative change to address other societal challenges such as climate change.”

At the same time, biodiversity conservation can make an important contribution to transformative change to address other societal challenges such as climate change. For instance, through nature-based solutions such as mangrove restoration, biodiversity action addresses other societal challenges such as climate mitigation and adaptation as well as sustainable livelihoods.

The GBF is being negotiated with the ambition to function as an overarching framework which provides guidance to a multitude of actors as well as other biodiversity-related multilateral agreements such as the Paris Agreement to combat climate change.

- Kathrin Ludwig is a Senior Advisor at Adelphi, working at the nexus of climate and biodiversity policy, where she counsels public authorities and administrators on the implementation and financing of Nationally Determined Contributions (NDCs) and National Biodiversity Strategy and Action Plans (NBSAPs). She focuses on offering consulting and training on nature-based solutions and transformative change. 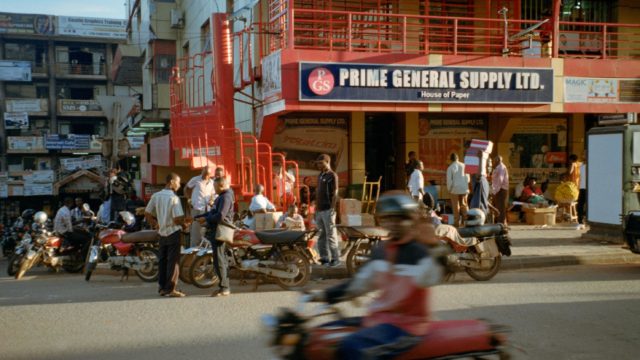