Green Recovery
Green Recovery: COVID-19 has exposed our economic system as unjust and unsustainable.
Learn more about how we’re seizing this moment to deliver a green and fair recovery.
Learn more

We see that a new industrial revolution is transforming our energy, food, transport, and infrastructure systems. We are supporting innovators and small businesses to develop tomorrow's green solutions.

“ We're entering a new dawn of innovation. It is the pioneers, the disrupters, and the new thinkers who will win the race.”

A green economy is not just about wind turbines or solar farms. It is the next industrial revolution. Homes will be powered by new energy systems; food will be produced in alternative ways; buildings will be made from different materials.

The markets of the future are already here. A further 20 million electric vehicles will be on the road by 2020. Within the next four years the market size of organic fruits and vegetables is expected to reach $62.9 billion. Investment in decentralised power has hit $206 billion.

Innovation is coming from lower income parts of the world. The Latin American country’s gas power plants are now more efficient than Germany’s. The city of Phnom Penh in Cambodia has become a world leader in preventing water waste by reducing leaks from its municipal water supply lines. China now has higher use of energy efficient LED lighting than Europe.

Transforming the brown economy is breathing life back into regions that globalisation has left behind. Hull, one of the poorest cities in the UK which lost its shipping and fishing industries to global competitors in the 1970’s, is becoming a world class hub for renewable energy. In Virginia, America, a new generation of industrialists are turning coal-fire power stations into biomass facilities.

The businesses that will flourish are those that go beyond seeing the bottom billion as a new commercial opportunity, but can rewire their operations with nature and society in mind. Umicore, once a mining company, is now a recycling powerhouse and has a turnover of Euros 10.4 billion; Amul, a half century-old dairy cooperative in India comprised of three million milk producers has become a market leader by offering its farmers 80% of the consumers dollar for milk.

“ Just 0.3 percent of the sunlight that shines on the Sahara and Middle East deserts could supply all of Europe’s energy needs.”

We believe that smaller businesses hold the key to a fair transition - it is the disrupters, the social enterprises, the innovators who wire social and environmental purpose into their core strategy. Our national hub partners are building small business networks in seven countries. We have connected over 100 small green businesses in Europe to connect through our online platform GreenEcoNet.

We also see that informal economy, where the majority of the world’s poorest live, trade and work, has been largely forgotten in the transition to greener economies. Only 25% of countries make mention of the informal economy in their ambitions of plans of action. Our members are leading the discussion on a new policy agenda on informality and green growth. One that supports informal workers to self-organise and considers different approaches to formalisation or legality. Read Tearfund's research of circular economy models in poorer countries, and IIED's work on the interface between green growth and informal economies.

For our members, resource efficiency alone is not enough. Rather, it has to be seen within a broader context of the limits of nature’s capital and societal health. We are supporting businesses and decision makers to align their understanding of progress within the SDGs. Find out more about our work on Measuring What Matters. 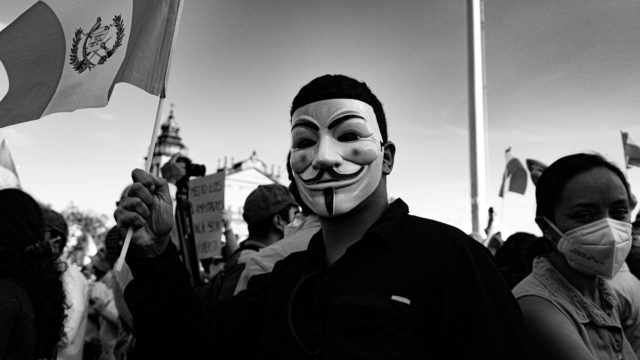 What do Black Lives Matter, Extinction Rebellion, the UN Secretary General, the International Trade Union Congress all have in common? They are all calling for a new social contract.

Join Kumi Naidoo for a podcast that tackles the biggest issues of our time though a series of frank conversations with activists and community leaders.