Green Recovery
Green Recovery: COVID-19 has exposed our economic system as unjust and unsustainable.
Learn more about how we’re seizing this moment to deliver a green and fair recovery.
Learn more
The Big Picture
By Oliver Greenfield GEC · 08th July, 2020

15 years ago, increasingly concerned about mass extinction of species and the growing storm of climate change, a small group of people had a “Eureka” moment. They realised that science is not the language of power – it’s economics. They realised that if you want to talk to politicians about the things they cared about – inequality, biodiversity, nature, justice – then you need to speak economics.

Spurred into action by the 2008/9 financial crisis, that group of people set up the Green Economy Coalition, to work together, to learn together, and ultimately to have a stronger, clearer voice through collaboration. A voice that could make an economically literate case for systemic change, informed by ordinary people, but expressed in the language of power.

Now, the GEC is 10 years old, and the world is grappling with another global crisis, COVID-19. What have we learnt?

An accelerating cycle of crisis

The lessons we’ve learnt over the past decade are relevant not just to the future but to this moment right now. We are currently trapped in a cycle of periodic crises, that grow ever more frequent, and ever larger, to everybody’s peril: financial meltdowns, disease pandemics, natural disasters, famines, persistent inequality and political disenfranchisement.

The only route out of this cycle is to “build back better” – recognising that these crises are interconnected symptoms of the same underlying economic malaise.

So, what’s the story? How did we get here?

“ We are currently trapped in a cycle of periodic crises, that grow ever more frequent, and ever larger, to everybody’s peril: financial meltdowns, disease pandemics, natural disasters, famines, persistent inequality and political disenfranchisement.”

The end of (economic) history?

Economics is an evolving science. It has a rich history of brilliant minds who have created valuable insights. From these insights there is an ever-growing body of knowledge about the underlying system dynamics, but there are ongoing disagreements about the best ways to intervene.

To be fair to economists, they are trying to understand and direct an immensely complex, rapidly-evolving global system that includes pretty much every person on earth, their jobs, money, every resource, and every type of business, and government policy. A dynamic system where cause and effect are obscured by hyper-connectivity and rapid change.

In the 21st century, neoliberal free-market capitalism has become the dominant global economic system. From its heartlands in the US and UK, it spread to the high-tech financial centres of East Asia, the social democracies of Europe, and finally even Russia and China. All have adopted its most fundamental principle – let the entrepreneur flourish, for they shall innovate, create businesses, products, services, demand, jobs, and profits; they will grow the tax base, improve quality of life, help end poverty like nothing before, increase health and longevity.

All was good – or at least, all was a lot better for growing numbers of people. The politics was fairly simple: step back, don’t legislate too much, let the markets decide, don’t thwart the entrepreneur.

In 2009, Queen Elizabeth asked the best, clearest, still largely unanswered question: “Why did no one see this coming?” At the time, no one could answer, but a financial stability board was established, new rules were waved threateningly in front of banks. But the public bailout was huge, the debt massive, and to pay-off the debt: more economic growth, more entrepreneurs, more deregulation, let the markets recover, let the markets decide.

So the dominant political response was not to correct the markets, or try to regulate against a repeat performance, but to cut red tape, cut protections, and cut public services – and balance the books. Since 2008, wealth inequality has rocketed as the top 0.1% pull away. As ordinary incomes have stagnated and social safety nets been stripped away, ordinary people have suffered, and started to revolt against the global system, the liberal elite, and their own democratic politicians. “Take back control” is the mantra that resonates deeply in this time of populism, nationalism, Brexit, Trump, and Bolsonaro.

“ As ordinary incomes have stagnated and social safety nets been stripped away, ordinary people have suffered, and started to revolt against the global system, the liberal elite, and their own democratic politicians.”

To return to the Queen’s fundamental question: how come no one saw this coming?

In 2008, no one saw it coming because no one in power was watching. Systemic risk grew under our noses, parcelled up pockets of bad debt, spread widely, so no one could see its scale, spreading invisibly through the whole banking system, infecting the primary value creators: trust and connectivity.

And now ten years on, the people running our economies still aren’t listening. COVID 19 is in many ways an even bigger crisis, a global health pandemic born from our encroachment on nature. A virus that spread through hyperconnected global supply chains and hypermobile tourist and business travel, to the hotpots of global commerce and tourism, London, New York, the Italian Ski resorts, and from there onto the world.

And here we stand, hundreds of thousands of lives already lost, trillions in debt, some places just at the start of recovery, and many more wondering how bad it is still might be. And yet more unanswered questions: If populism was the political price of the financial crisis, what will be the political price of this crisis? How are we going to pay this money back? And what are we going to do about climate chaos, mass extinction of species, the crises to end all crises, with a ticking clock with no more time to solve than will be needed for COVID recovery?

So “build back better” is not just an option, a catchy slogan, it is an existential choice, the only one we can afford. But it needs to be more than just cycle lanes and solar panels. It needs to be structural and systemic. It must address the fundamental blind spots of economics: how to safeguard the health of the planet, and how to unwind the massive systemic risks of ecological collapse and collapsing faith in our political and corporate institutions.

The good news is that at least we have used the last decade to develop an improved economic model, a model with social justice at its heart, which protects nature in order to guarantee resilience. A Green Economy has a deep and fundamental understanding of our dependency on nature. It prioritises justice, and it puts people's well-being and the health natural systems as the core of economics.

And we do see some positive political leadership. The EU is pushing ahead with its Green Deal, which is a decent manifestation of the same economic conclusions, but what of the others? In the US, new champions are emerging and the Democrats are staking out ever-more ambitious environmental terrain – but the political system is buckling under the pressure of populism. The Chinese are currently backsliding and building more coal fired power stations, and the rest of the world - what will their answer be? Burn more forests, find more oil, blinded by debt? And even if others follow Europe’s lead, will it be enough?

So, while we recognise the scale of the challenge, we resolutely declare our intention. The GEC will help convene, support and influence with all that wish to collaborate on a global campaign ‘COVID 19 – Build back better – a global alliance of national actions.’

We ask you to partner with us. 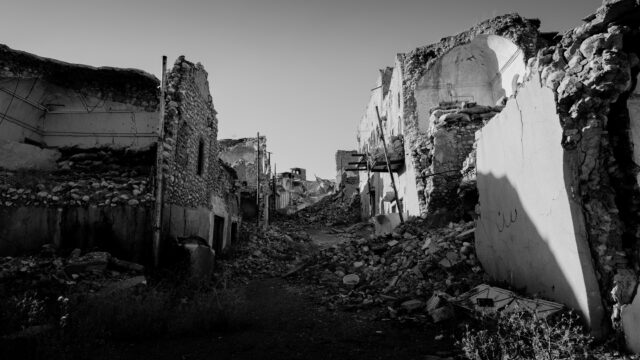 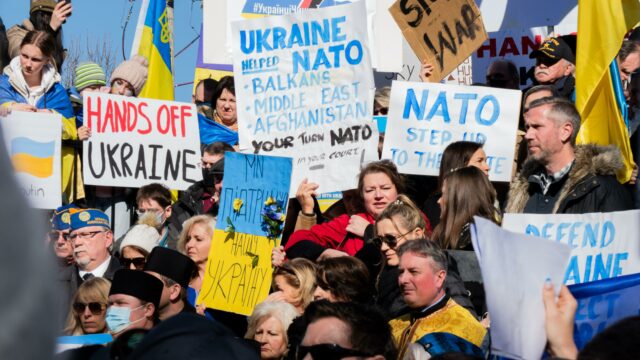