Green Recovery
Green Recovery: COVID-19 has exposed our economic system as unjust and unsustainable.
Learn more about how we’re seizing this moment to deliver a green and fair recovery.
Learn more
Valuing Nature
By Nils Droste Guest Author · 12th May, 2020

Sometimes innovations happen in unexpected places, and promising policy ideas can lurk unnoticed in plain sight. One such idea that has been around for years without due recognition by the international community is the concept of Ecological Fiscal Transfers (EFTs).

Since the early 1990s, various state governments in Brazil have implemented Ecological Fiscal Transfer schemes, distributing a share of VAT revenue among municipalities according to where nature is protected. While fiscal transfers may sound a terribly boring topic, suitable only for accountants and local administrators, they’re actually at the forefront of exciting new developments in conservation.

Ecological Fiscal Transfers (EFT) complement the nature conservation policy mix, without the danger of commodifying nature. As such they hold transformative potential to help public authorities realize a deeper vision of a green economy.

Getting the incentives right

Public authorities have the legal authority to regulate land use and designate protected areas. Yet, their tax revenues are often dependent on economic activity or population numbers. This clearly sets incentives to create regulations that are friendly to economic growth and attractive to citizens.

While there is nothing inherently bad in that, the Sustainable Development Goals show us that human well-being substantially depends on a healthy environment. We therefore need to mainstream biodiversity conservation into areas such as revenue sharing systems. This closes an important gap in the policy mix for sustainable development. By paying municipalities for hosting protected areas we create financial incentives that support public authorities to protect nature.

Research has shown that these incentives indeed translate into an observable increase in protected areas. Yet, it is important to consider that not all governmental levels have the competency to create protected areas. In countries like Brazil or Portugal where EFTs have been implemented, municipalities can create their own protected areas. In India, where states get compensated for afforestation, they have corresponding competencies. That is to say Ecological Fiscal Transfers have the potential to stimulate public nature conservation efforts for areas that fall into the power of the addressed administrative level.

Development of protected areas in the Brazilian state of Minas Gerais before and after the adoption of Ecological Fiscal Transfers (EFT). Dashed lines indicate the introduction of EFT in 1996 and the protected area management criterion in 2005. The trends are smoothed by a loess function. There is a structural break in the trend that coincides with the introduction of EFT. After an initial raise, the incentive effect wears off, potentially because the quality criteria were introduced and incentive structures changed from quantity to quality of protected areas. Source: adapted from de Paulo & Camões (2019)

Ecological Fiscal Transfers integrate ecological criteria into the tax revenue sharing scheme. As such, they channel public income and distribute it according to not just economic and social, but also ecological indicators – a truly sustainable instrument. Moreover, they incentivize the provision of a public good – protected nature – through the distribution of public money. There is no market involved. Payments for ecosystem services have been criticized for an inherent danger of commodifying nature. For Ecological Fiscal Transfers there is no such danger. They adjust the current tax revenue sharing system – that so far neglects nature conservation - and balance it out with ecological indicators.

Once we give tax revenue to administrations that host protected areas, these become a source of income. Every unit of protected area gets compensated on an annual basis – the stricter the conservation status the more money. This can be conceptualized as a type of a subsidy to the public provision of a public good. It becomes thus cheaper to produces the good in question – protected areas. From economic theory we can thus assume that there will be an increase in the amount of protected areas provides – and it has been shown for Brazil and Portugal (Droste et al. 2017, Droste et al. 2018).

“ There is no reason to believe that the idea of providing administrations with incentives to protect nature cannot be upscaled to the highest levels.”

Yet, there are also distributional implications. In the Brazilian State of Minas Gerais, the EFT is known informally as the Robin-Hood law, because it takes from the economically well-off municipalities and gives it to more rural and less developed municipalities with more nature to protect. There is reason to believe that it is easier to protect nature where there is more of it. Thereby, EFT may however incentive a form of land sparing, where more nature gets protected in less populated remote areas. While that is not necessarily bad, the land sharing concept articulates the idea that we need protected and healthy nature everywhere. Thus, the designer of an EFT scheme may want to balance incentives and distributional issues from both a conservation and a fiscal equity standpoint.

Upscaling to national levels - and beyond

Whereas the original EFT schemes in Brazil involves transfers from federal state to municipal levels, the unitary government of Portugal adapted a national to municipal level transfer. There are proposals that suggest an upscaling to higher government levels. For example, for both Brazil and Germany it has been suggested to implement EFT within the fiscal equalization scheme, that is at the nation to state level. For Indonesia it has been suggested as a way to distribute REDD+ revenues.

To integrate ecological indicators into the revenue sharing or fiscal equalization schemes at higher government levels, a tailor-making approach is required as the fiscal constitutions developed historically, have certain intricacies and certainly touch upon the difficult issue of distributing money.

Yet, there is no reason to believe that the idea of providing administrations with incentives to protect nature cannot be upscaled to even higher levels. We have developed some design options to implement an Ecological Fiscal Transfer level as a financial mechanism of the Convention for Biological Diversity. A mechanism that is generally foreseen by the Nagoya Protocol. Like the Green Climate Fund, we could distribute financial resources to nature conservation project – let’s say protected areas. That would create incentives for nation states to increase their conservation efforts.

Again, there may be distributional implications. Luckily, if we integrate the Human Development Index into the allocative formula, it aligns the marginal incentives even better with where the gap to reach Aichi Target 11 is largest.

A proposed socio-ecological design of an international Ecological Fiscal Transfer would compensate states for protected areas while giving low Human Development Index countries a relatively higher compensation. The reward indicates where the transfer would go. The marginal incentive is the additional reward that a country would receive if it unilaterally increase its protected areas by 1 % of its area. The Aichi target 11 gap groups countries into four equal groups in relation to how far off they are to have 17 % of their territory protected (measured in IUCN categorized protected areas). Source: Droste et al. (2019).

Given the ongoing global loss of biodiversity, and the upcoming decade for ecosystem restoration, we are overdue action to flatten the curve of biodiversity loss. We need societal transformation. On this the 132 Member States of the Intergovernmental Science-Policy Platform on Biodiversity and Ecosystem Services agreed in the global assessment report. We cannot continue business as usual.

Currently, with the window of opportunity to re-start the economy in a greener fashion, there is a chance to use public money that is being pumped into various corona stimulus packages for re-building a greener economy in a different, potentially transformative way. That would certainly help us reach not just one, but several of the Sustainable Development Goals more quickly.

Yet, what we can learn from Ecological Fiscal Transfers is: for a transformation to be comprehensive we need to include and address all relevant stakeholders, land users, and regulatory institutions, too. Only then can we create the scale of transformative change that is needed to flatten the environmental curve.

About the GEC Insights blog series: This blog is part of a series critically examining structural solutions for transformative economic reform in order to safeguard the natural world. Additional contributions will be forthcoming from other Green Economy Coalition members and stakeholders.

To fix our planet we need to fix our economies. The Green Economy Tracker charts the changes already underway - and holds governments to account. 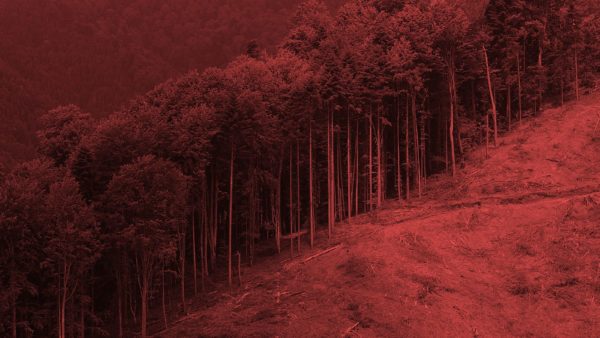