The GEC Insights series is a new curated collection of online articles at the intersection of environment and economics, each written by a leading thinker from the worlds of business, government and civil society. Part of our Economics for Nature project, they bring together diverse perspectives to answer the question: how can we re-design our economies to protect and restore nature?


2020 will be a crucial year in the transition to green and fair economies, and a potential turning point for the planet. In March, the World Ocean Summit will address the “existential threats” facing our oceans. In October, the Convention on Biological Diversity (CBD) – a major international initiative on natural protection - will meet in China and attempt to tackle runaway extinctions and biodiversity loss. And in November, the UK will host the most important round of climate talks since the Paris Agreement. No wonder both the WWF and the OECD are calling 2020 a “Super Year for Nature”.

But as 2020 dawns, we see three serious challenges that threaten this super year with failure.

Firstly, our natural world is in a state of crisis. The first meeting of the Convention on Biological Diversity was in 1992, and in the 28 years since it has signally failed to reverse – or even slow – the ongoing collapse in ecosystems, habitats, and biodiversity. Indeed, this decline has only accelerated.

Secondly, we can now say with confidence that simply throwing more money at nature does not work. Conservation finance alone has not been effective, as it has done nothing to reduce the powerful incentives for our economies to destroy nature. For every dollar spent tackling deforestation, $150 is spent on activity that drives deforestation. Let that sink in: over 99% of our economic engagement with forests is destructive.

Thirdly, given the failure of the last three decades of conservation, we cannot hope that more of the same - policy without ambition, commitments that cannot be enforced, counting on our governments to lead, looking for the private sector to change without changing their incentive systems – will somehow reverse this sorry trend.

“ Since 1992, incremental approaches have yielded only incremental advances, against a background of an exponentially worsening reality.”

But this super year does offer a unique opportunity, with welcome new international attention on biodiversity and ecosystems. The key question to ask is: how can we use this opportunity to address the underlying causes of the global biodiversity catastrophe, and so reverse it?

To begin with, we must accept that our governments simply lack the political will to take action at the necessary scale and speed. Decades of solemn goals, strategic frameworks, well-meaning roadmaps, and action plans have not delivered results on the ground, and are evidently inadequate to stem the crisis.

Nor has refining the science. Increasingly alarming reports issued by the IPBES are met with a wringing of hands by NGOs and science journalists, but have done little to strengthen the resolve of governments to act, or of corporations to ensure that their operations do not damage biodiversity.

The leading global conservation NGOs have either invested much of their efforts on improving the CBD process, or in rallying corporations and movie stars to pressure governments to promise a higher level of ambition at the CBD. But in a world where promises are routinely made and just as routinely broken, can we expect that even more ambitious promises will be respected this time around? Is there a chance that the 2020 round of biodiversity conferences on biodiversity will result in the systemic change that their predecessors failed to deliver?

The answer to these questions must, unfortunately, be “no”. Since 1992, incremental approaches have yielded only incremental advances, against a background of an exponentially worsening reality. This is not a call to abandon the CBD process, nor for major NGOs to abandon their efforts to drive ambition for the CBD’s high-level meeting in October.

However, we need to recognise that this approach, on its own, offers no better prospects of delivering change than it has since 1992. Instead, we must seek a transformative change in the way we approach conservation. But what does such transformative change look like, and how do we catalyse it?

First the goal: we must aim to make irreversibly damaging nature as unacceptable as child labour or slavery are today. We need new social norms that make a pariah of any state, corporation, organisation or individual found to be destroying nature and ecosystems. Conserving biodiversity, restoring degraded landscapes, tending to the health of ecosystems, and rewilding must be incentivised; corporations and governments must commit to having a positive impact on nature - and deliver on this promise.

To build such norms, public demand for change must reach a point where it becomes politically impossible to ignore. However, implementing change on this scale will require a profound shift in the way our societies and economies function.

How could we build towards such a change? To start with, we need a new narrative to inspire the level of civic mobilisation required.

Currently, the narrative around nature is based on frightening people: NGOs endlessly underlining how grim the situation is and how close we are to irreversible disaster. Experience has demonstrated that this approach simply does not work.

Instead, we must craft an invigorating new story based on the fact that, in most cases, biodiversity loss can be reversed with existing knowledge and technology, and this can be done at a fraction of the costs of allowing natural systems to collapse. This narrative can mobilise people to global action at all levels, from individuals through communities, to corporations and governments. The prospect of restoring nature to health must inspire and excite, where current narratives have simply spread a sense of hopelessness and disaster.

We must accept that nature conservation at the global level is simply incompatible with a neo-liberal economy premised on extracting resources to fuel infinite growth. We need to re-align economic activity with the requirements of natural systems – and thus build societies that respect nature as the foundation of all human flourishing.

Finally, none of this will happen without substantial and organised public demand. We must reach the point where restoring biodiversity and defending natural ecosystems becomes an election-winning issue, with popular support for environmental responsibility that cannot be ignored by governments or corporations. We need more movements of civic action, like the climate strikes or Extinction Rebellion, but these must be channelled to support resolute and positive action, or they risk dissipating or growing violent and discredited.

Nothing less than broad demand for action to protect nature will turn around the present trends and begin rebuilding a robust and diverse natural world, the heart of any viable economy. 2020 will have been a Super Year for Nature only if we can generate this movement worldwide.

About the GEC Insights blog series: This blog opens a series critically examining structural solutions for transformative economic reform in order to safeguard the natural world. Additional contributions will be forthcoming from other Green Economy Coalition members and stakeholders, including three planned pieces from the Better Nature team.

About Better Nature: Better Nature aims to assist in the transformation of humanity’s activities so they restore nature, rather than continue to destroy it. Better Nature’s theory of change identifies that such a transformation is only possible at the speed and scale required through political-economic rule change, and that this will only be realised via strategic and targeted civic mobilisation, enabled by narrative change. Due to their potential to realise system level change, Better Nature’s thematic focuses are finance, law and research.

About Mark Halle: Most recently Executive Director of IISD Europe, and previously with UNEP, IUCN and WWF, Mark is a founder of Better Nature. 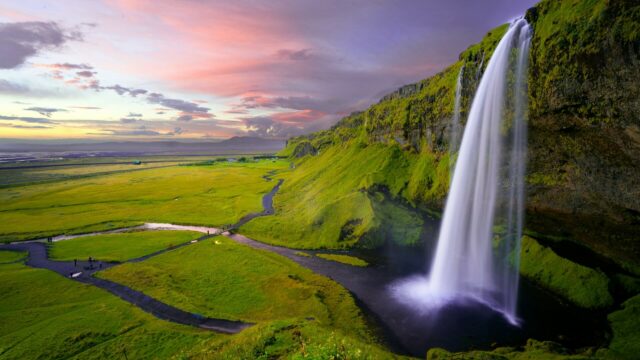