Demographics and population size remain controversial topics. But green economies will need to face up to such issues to deliver sustainable prosperity

Economics deals with the large and the small. The world economy is summarized in global GDP, but is dependent on billions of individual decisions. So it is with population. When we die, where we live, how many children we have: these are all personal to each individual. And yet, in the last fifty years, half a life time for some, human numbers have more than doubled, from three to seven billion. Does that make a significant contribution to the Green Economy’s concerns of overconsumption, dwindling resources, fluctuating commodity prices, inequity, greenhouse gasses and species extinction? I think it must. What about the UN projection that human numbers will grow by another four billion by the end of the century? Again, that has to be a factor in our future.

It is a tricky subject, so some curious arguments emerge. One is that the population growth is in the poorest countries, which consume little, so it does not matter. In fact, the populations of some wealthy countries, such as the United States and the United Kingdom, are growing strongly due to increasing longevity, high net migration and a healthy birth rate. And we cannot, and surely should not, rely on the poorest staying poor to limit global consumption. Many countries are rightly trying, and often succeeding, in increasing their per capita consumption.

Another is that everyone will have small families when they are prosperous. God grant we reach that happy state. The prospect of eleven billion people, all consuming at western levels, even if they then have small families, is not reassuring, if we are consuming one and a half earths at a time when only one billion does.

A final argument is that the world average family size has fallen by half in the last fifty years, from five to two point five and is still falling, so that is all right. The problem is that we have many more adolescents than before, so the greater number of mothers cancels out the effect of the falling birth rate, meaning that total annual births will stay at or around a record high for most of this century. One should factor in growing longevity worldwide, which is to be welcomed, but also increases population and consumption.

What can one do?

Family size is individual. In the UK, only just over a third of people end up with the classic two children. Around the world, country averages vary from one child per woman in Hong Kong to eight per woman in Niger. Reasons for the higher level include perceptions of women’s role, access to family planning, cultural traditions, the level of healthcare and access to education and employment. So, it does vary and is complicated. What one can say is that countries which have promoted family planning and smaller families, such as Thailand, have seen large drops in family size, lower population growth and a rising standard of living. Countries, which have not, such as the Philippines, had had a different experience. Even poor countries, such as Bangladesh, have had some success in improving reproductive health, showing that per capita income does not determine family size, while wealthy countries such as the UK would have much higher birth rates without comprehensive family planning.

So, what does this all mean for Green Economy? An obvious point, as we crash through various planetary boundaries, is that one should include population projections in one’s analyses, especially at regional and global level. It makes a difference that Africa will have four times as many people by 2100 as today and Nigeria six times, approaching one billion people on its own.
It is not just sheer quantity. Urbanization and migration will contribute to transforming societies and environments. Rising unemployment and conflict may be consequences of such rapid increases in population. Less certain is the impact on resources and the affordability of services and amenities.

This is not to say that all is inevitable. According to one study, there is an 80 per cent probability that world population, now 7.2 billion, will increase to between 9.6 and 12.3 billion by 2100. Even that difference of around three billion, the size of the entire global population in 1960, is significant when we consider our aspiration for prosperity for all within one world limits.

Consequently, it also seems sensible to consider including in broader recommendations policies enabling smaller families, if that is at all appropriate. The policies include equal access to education and employment for women and ensuring that everyone is assured of their sexual and reproductive health and rights. Such rights based policies are mainstream in the development world and are reliable, inexpensive and increasingly accepted in the global south.

Simon Ross, CEO of Population Matters, a thinktank and campaign organisation that advocates a sustainable future with decent living standards, a healthy environment and a stable population size. 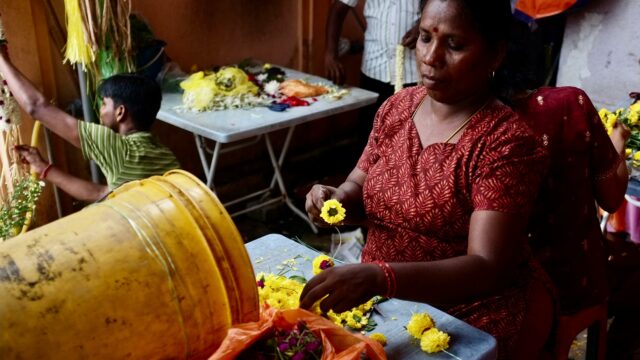