Add your name
Add your name: The People's Accord towards a New Social Contract
The moment for rebuilding the social contract is here: a call to restore trust and build solidarity
Learn more
Valuing Nature
By Ben Martin GEC · 11th December, 2017

New research, published recently by the Green Economy Coalition and carried out by economists at the University of Oxford, suggests that our economies are recklessly undermining their own foundations, and are blind to the potentially serious consequences.

The new paper argues that the global economy is simply not factoring in how reliant we all are on natural resources like clean air, fresh water, and a stable climate. Although mainstream economic models have made some efforts to account for this essential natural value, our new research shows that these attempts have - so far at least - been woefully inadequate.

That’s obviously a bit of a problem. You don’t need to be an architect to know that all buildings need a solid foundation. And the bigger the building, the more solid the support required: the Burj Khalifa, the world’s tallest skyscraper, is built on a mammoth concrete and steel base that weighs over 110,000 tonnes and extends some 50m downwards into the earth.

It’s the same with our economies. Politicians love to talk about “economic foundations”, the importance of “strong fundamentals”, and how we must avoid “structural weaknesses” that may hurt economic growth. Even when the language is unclear, we know exactly what the basic metaphor means. That there are certain things that our economies depend upon, the support systems that sit underneath our day-to-day lives, often unnoticed, which allow our economies to hum away producing wealth and providing jobs.

Some of these foundations are pretty obvious: roads and railways that allow goods to be transported around, energy grids to keep our homes and offices lit and heated, and the farming, water and sanitation systems that keep us all fed, watered, and productive. Without them, a lot of economic activity would grind to a halt. Although governments might tinker with how these supports are provided, not even the most radical of free-marketeers would suggest that we could save money by closing all the nation’s roads, or become more efficient by dispensing with food entirely.

“ Not even the most radical of free-marketeers would suggest that we could save money by closing all the nation’s roads, or become more efficient by dispensing with food entirely.”

But there’s one more foundation that supports our global economy, more essential than all the others. This most fundamental of foundations is, of course, the natural world. Our new research shows that, contrary to convenient assumptions in mainstream economic theory, our economies don’t exist in a vacuum – they exist here, now, on this planet. They are dependent on the resources that the planet provides for free: breathable air, drinkable water, soil and nutrients for food production, wood and metals for construction, fuels for energy, minerals for manufacturing, and a stable and beneficent climate.

Economists – as they tend to – think of these resources natural capital. Unfortunately, our new research shows that most economic models are almost completely unequipped to measure and understand the levels and value of natural systems. Much economic theory simply assumes that natural capital is effectively infinite – and can thus be ignored entirely – or that it can simply be replaced by man-made products and better technology.

Blind to how reliant they are on the natural world, our economies are consuming this natural capital far faster than it can replenish itself – and thus tearing out the foundations from under our feet.

Extreme weather, mass extinctions, falling agricultural yields, and toxic air and water are already damaging the global economy, with pollution alone costing 4.6 trillion USD every year. Animal and insect ecosystems are collapsing. And we’re dangerously close to trashing two of the most vital support systems of all - topsoil for food production and our uniquely stable climate.

It’s as if the inhabitants of the Burj Khalifa started going down into their 50m deep basement, digging out the steel and concrete they found there, and selling it off. For a while they might make a tidy profit. But it wouldn’t be too long before cracks started to appear, and the building began swaying ominously.

Thankfully, all is not lost. Our new research raises the alarm, but also points the way to how we can rapidly rewire our economies to protect the planet, and ourselves.

First, we need better data. Countries and businesses must start measuring their stocks and flows of natural capital. Critical natural assets, without which society cannot survive, must be given special status so that they cannot be squandered. And new institutions and initiatives – such as the UK’s pioneering Natural Capital Committee – must be created to oversee and incentivise new economic thinking on the natural world.

An entirely new way of measuring our wealth is needed. We may not have much time; the warning signs are all around us. But achieve it we must. After all, there’s only one thing that happens when the foundations of a building fail: collapse.

Photo by denis harsch on Unsplash 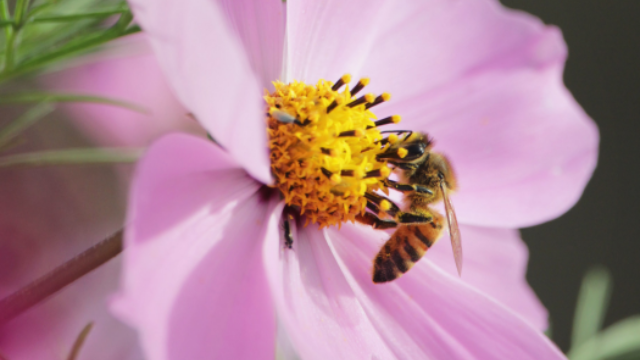