COVID-19
COVID-19: A global crisis. An unprecedented challenge. And a chance to build back better.
Learn how a green economy can restore prosperity and nature.
Learn more
Tackling Inequality
By Catriona McLean GEC · 08th March, 2020

With the UN climate talks in November, once-in-a-decade biodiversity negotiations in October, and a major international summit on the SDGs in September, 2020 has been touted as a ‘Super Year’ for sustainability. 2020 also sees the 25th anniversary of the Beijing Declaration and Platform for Action (BPfA), arguably the most progressive global agenda yet for advancing women’s rights.

But what does gender have to do with sustainability? More or less everything, it turns out. Without protecting and strengthening the rights of women and girls, protecting nature, achieving the SDGs and safeguarding the climate will be almost impossible.

Globally, there is growing recognition that the challenges we face from declining biodiversity, accelerating climate change and increasing inequality all stem from the same root cause: our broken economic system. A system which is extractive, patriarchal, racist and colonial.

Our economies are driving the accumulation of wealth for the few, with the many paying the price of pollution, overextraction and exploitative working conditions. Economic growth is fuelled by natural resources which are undervalued and over-extracted; and underpinned by women whose labour is undervalued, underpaid, and exploited.

We know that women do far more unpaid care and domestic work than men everywhere in the world. This work is essential to the wellbeing of societies, communities and to the functioning of economies – filling gaps in social spending, health and education, and performing all the tasks needed to enable paid economic activity. Women’s unpaid care work globally has been valued at over $10.8 trillion a year – three times the size of the global tech industry. The collective failure to value this work perpetuates gender and economic inequalities.

“ Women’s unpaid care work globally has been valued at over $10.8 trillion a year – three times the size of the global tech industry.”

By highly conservative estimates, if we continue to destroy nature at the current rate, the cost to the global economy will amount to US$1tn by 2050. Poorer countries and people (particularly women) will bear the brunt of these costs.

The gendered cost of ecological breakdown

The gender related impacts of environmental degradation and climate change are well known – they amplify existing gender inequalities because of the persistent unequal relations of power between men and women in the household, in the environment, across economies and throughout societies.

Women are more likely to rely on agriculture, forestry and fisheries for income, yet they have unequal access to and control over land and other natural resources. While women produce over half the world’s food, they own less than 15% of the land. Rural and indigenous women are especially vulnerable; natural resource scarcity and climate and environmental disasters – increasingly common in the global south – further increase the care burden and also increase violence against women.

While women are also consistently underrepresented in decision-making and governance processes and structures, undermining their ability to influence policies, legislation and investment.

We must transition away from fossil fuels and unsustainable production and consumption, but we must also transition away from the inequalities that currently characterise our societies – in terms of gender disparities, but also class, race, ability and many more intersecting forms of discrimination.

Austerity, regressive taxation, tax avoidance, privatisation of key public services and growing influence of corporations in economic decision-making have all been shown to be detrimental to women. Yet all too often these policies continue to be implemented by governments and institutions in search of growth.

And while global environmental and climate conventions recognise the importance of gender responsive approaches and include specific Gender Action Plans, limited progress has been made in mainstreaming gender considerations into national commitments and action.

Women must play a vital role in the transition to greener and fairer economies and societies, as green entrepreneurs, as natural resource stewards, as activists, as workers, as carers, as consumers, as citizens.

Gender equality is good for economies, for nature and for the climate. Women generally engage in more sustainable behaviours and have a lower footprint than men. Girls’ education reduces inequalities, strengthens economies, and is also one of the most effective ways to reduce carbon emissions. Women are at the forefront of environmental defence movements and climate-related campaigns around the world. And a new generation of female leaders are taking forward progressive policy agendas.

“ "A gender just transition must also revalue the essential work of nurturing communities and everyday life that women typically perform - encompassing decent work, social protection for all and investment in the care economy.”

But to truly harness the potential of women in this transition, we need to change the rules of our economies that perpetuate inequalities and injustice. These rules are designed and enforced largely by those who benefit from the current system, to the detriment of many others.

Through collective action across the world, women have put the spotlight on the need to create a different kind of economic system, geared towards ecological and social well-being. While solar panels and wind turbines are important, a gender just transition must also revalue the essential work of nurturing communities and everyday life that women typically perform as part of the green economy. A gender just transition towards a stable climate and healthier planet should also encompass decent work, social protection for all and investment in the care economy – as well as recognising the need to re-evaluate our relationship with nature.

International Women’s Day reminds us that collectively we can each help to create a gender equal world, that we can all choose to be #EachforEqual.

So let’s work together as feminists, as environmentalists, as climate activists, as global justice advocates, as trade unions, as workers and as citizens to demand the transformation of our economies.

Collectively, we can make change happen. 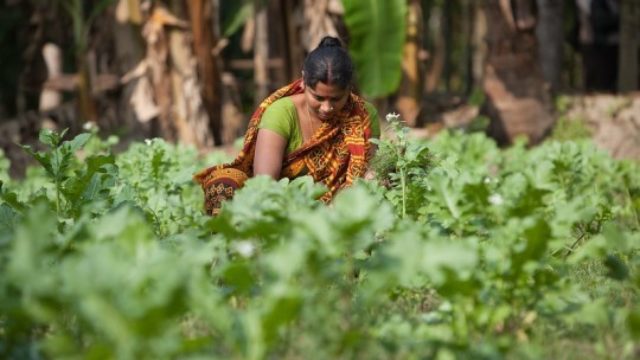 Decoloniality and the new ethics of climate and nature

Jess Auerbach argues for decolonising ecological research to build a discipline that is more inclusive, creative and ethical. 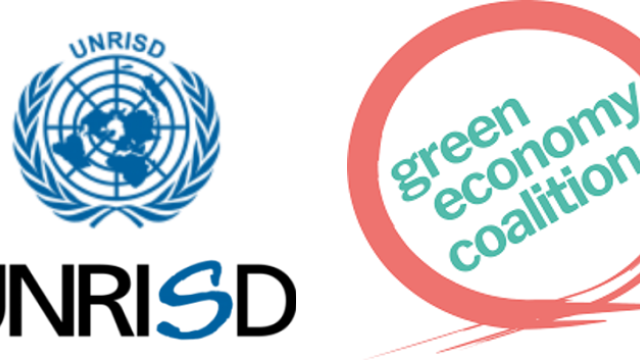 What do Black Lives Matter, Extinction Rebellion, the UN Secretary General, the International Trade Union Congress all have in common?

Video: Why inclusion matters for the green economic transition

Watch our video which explains why inclusion of ordinary people matters for a green and fair economic transition.