The first major international conference on natural capital has increased understanding of our dependence on the environment but more research is needed on social issues.

The natural capital idea is still relatively unheard of but is probably on more people’s radars after the first World Forum on Natural Capital was held in Edinburgh last week. Natural capital is broadly understood to mean placing an economic value on nature to recognise its full value. Using the example of a making a shoe, the video below argues that companies need to realise their dependence on “all the value that nature provides for us”, such as rubber, water and forests, and this is why they should invest in natural capital.

At the Nature is not for sale counter-summit, also held in Edinburgh, critics argued that valuing natural capital will not stop environmental degradation and will instead benefit a minority of actors who will trade nature on financial markets. In the “No to biodiversity offsetting” declaration 140 civil society organisations from around the world warned that natural capital could be used as a platform for biodiversity offsetting which they say will encourage “environmental destruction”. These schemes could allow a company to compensate for environmental damage in one area by buying credits based on the preservation of another area of biodiversity.

Backed by the United Nations Environment Program among others, the World Forum on Natural Capital brought together hundreds of people from business, NGOs and academia to highlight how we all depend on nature and so should protect natural capital. From the coverage of the conference on twitter it looks as though a lot of the focus was on making a business case for why natural capital is needed.

While it’s clearly important to highlight the private (and public) sector’s reliance on a healthy environment, there are other areas of the natural capital concept that still need to be comprehensively researched. One of these areas is thinking through the social implications of implementing natural capital projects around the world, particularly in developing countries where there is sometimes weak governance and less respect for rights (human and land).

Organisations have already made the point that the poorest peoples in developing countries depend on the environment for their incomes and livelihoods. The 2010 The Economics of Ecosystems and Biodiversity (TEEB) report finds: “sustainable management of natural capital is a key element to achieving poverty reduction objectives as reflected in the Millennium Development Goals”.

For proponents of valuing nature ecosystem services such as water purification and crop pollination are the basis of natural capital. The Ecosystems Services for Poverty Alleviation (ESPA) project is looking at how ecosystems are managed in developing countries in a sustainable way “that contributes to poverty alleviation as well as to inclusive and sustainable growth”. There appear to be examples where communities are benefiting from this approach. Given there are many similar projects already happening (or being planed) it will be interesting to see what the outcome is of ESPA’s conference last week in London that looked at who the winners and losers are of ecosystem services projects. This builds on a 2012 workshop, which covered areas such as definitions of poverty and the trade-offs that occur between stakeholders with different resource interests, access and power.

If natural capital projects are set up across the world, briefings such as Land grabbing: is conservation part of the problem or the solution? published by the International Institute for Environment and Development (IIED) in September could provide useful research questions into the social dimensions of natural capital. The briefing highlights that land grabbing* is increasing in Africa, Asia and Latin America, and that sometimes this is for ‘green’ purposes such as biodiversity conservation, biofuels, carbon offsets and REDD (Reducing Emissions from Deforestation and Forest Degradation).

IIED finds that the areas where this is happening are the ‘global ‘commons’ including “much of the world’s forests, wetlands and rangelands” which support “up to two billion mostly poor and rural people”. In response to this ‘green grabbing’ trend the Global Forest Coalition released a guide earlier this year for communities, to help them understand how REDD and biomass projects could negatively affect their rights and access to land.

Last week’s summits in Edinburgh showcased natural capital’s rising profile and demonstrated that it’s a heavily contested concept. The research referred to in this blog shows that there is a need to discuss the practical consequences of implementing natural capital projects in addition to purely technical discussions on how to measure nature’s value.

Dario Kenner launched and runs whygreeneconomy.org where this piece was originally published 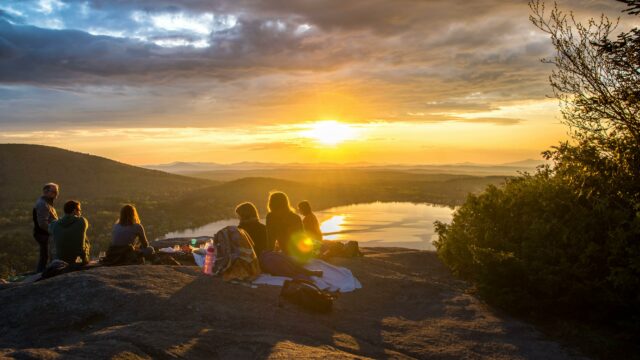