Green Recovery
Green Recovery: COVID-19 has exposed our economic system as unjust and unsustainable.
Learn more about how we’re seizing this moment to deliver a green and fair recovery.
Learn more
By Oliver Greenfield GEC · 28th October, 2016
Recently, political parties in Switzerland put forward an initiative for green economy that aimed to make the economy use its natural resources more efficiently both at home and abroad.

Initially the initiative was well received by the public, but ultimately it was defeated because voters decided they could not trust the Left with economic reform.  On reflection, supporters of the bill realised that they needed 1. More visible support from credible entrepreneurs and 2. A more compelling narrative for young people.

So here is the paradox: voters are increasingly demanding radical, new change - yet the big ideas outside the mainstream do not necessarily come with a credible infrastructure for delivery.

We know the full spectrum of sustainability - from survival to prosperity - demands a new economy that inspires a wave of entrepreneurial innovation greater than anything gone before.  It also demands resolute, brave and intelligent policy intervention.  Taken together this represents the best of markets and the best of governments – which means reaching beyond the old distinctions of ‘right’ vs ‘left’.   The new economy demands new politics, and as we see in Brexit, Podemos, Sanders, Trump – voters are crying out for new politics.  So, what is the new politics?  Arguably it can match our new economy: it is inclusive, community defined but globally rational, and it works to deliver our basic needs and higher aspirations. We are keen to talk to those organisations who are thinking about ‘What is new politics?’

The good news for the thwarted in Switzerland is that they are just the first wave.  I see green economy expanding across geographies and through phases.  60+ countries now have emergent green economy action plans.  This spread is further catalysed by new measures of national progress – the Sustainable Development Goals, and the ratification of the climate deal which sounds a death knell to the brown economy. Green economy is evolving from a response to climate change to a solution to poverty and inequality.

Against this context, it is essential that the GEC expands both in geography and in skill.  To that end we present our strategy 2016-2020, created by all coalition members.  We are delighted to announce our seven new country programmes and our ten new national partners, and finally, to lead the charge of our ‘Green Must Be Fair’ alongside, CAFOD and Tearfund, we welcome Oxfam GB.

We are on the move, getting bigger, stronger but we need to redouble our efforts. Young people, entrepreneurs, new politics, we hope you will continue to support and join us. 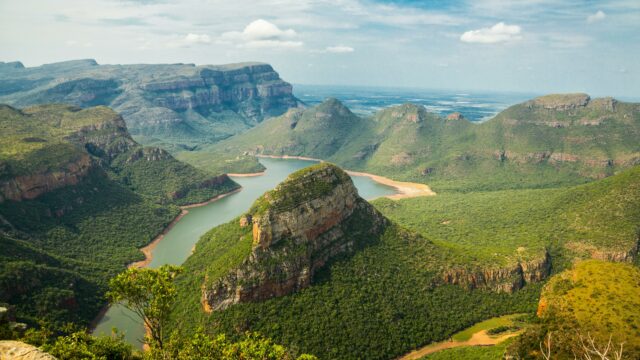 Join us at the African Green Economy Conference June 27- 30