As President Joe Biden begins his first term, it's clear that a comprehensive green agenda to combat climate change in the US and worldwide is near the top of his priorities.

One of his first few actions as president was returning the US to the 2015 Paris Agreement on climate change. With the move, the country will commit to, among other things, a target of 100% renewable electricity by 2035 and achieving net-zero emissions by 2050. With the US still the world’s second-largest emitter of greenhouse gases, after China, this is a move with global significance.

The renewed focus by the US comes as other nations, including China, Japan, South Korea and large parts of Europe, double down on efforts to accelerate climate action. Investments in clean energy have grown significantly, with global spending on renewable power and related infrastructure amounted to US$501 billion last year, up from US$459 billion in 2019 and US$235 billion in 2010, according to data from Bloomberg. And with investors increasingly calling for companies to pay greater heed to how their operations impact the environment, businesses – especially those in heavy carbon-intensive industries – are stepping up their game.

Steel, for example, which is used in everything from transport to infrastructure to communications, is a notoriously energy- and carbon-intensive industry. Every ton of steel produced in 2018 emitted on average 1.85 tons of carbon dioxide, according to global management consultancy McKinsey & Company, and with steel production consistently ranked in the top three carbon-emitting industries in the world, the sector has so far struggled to adapt to environmental imperatives.

There are encouraging signs that this is beginning to change. Steel producers in the US, for instance, are increasingly embracing what is called electric arc furnace (EAF) production. This is a technique that uses scrap metal rather than iron ore, which needs to be mined from the ground, as a raw material for making steel.

“ Heavy industries will do well to review their work processes and logistical requirements to better optimise resources and ultimately create a sustainable business – not just for themselves but for the world at large.”

EAFs require less energy than traditional blast furnaces, which are powered by coal and used to smelt iron ore into pig iron for steelmaking. Unlike blast furnaces, EAFs can be stopped and restarted fairly quickly. Even so, EAF production accounts for less than a third of global steel output today.

Even as steelmakers increasingly embrace more environmentally-friendly production techniques and roll out lower-carbon products, users can at the same time consider greener materials if they are serious about reducing their carbon footprints.

While heavy industries like oil & gas, shipbuilding and construction will continue to require huge amounts of steel, certain ancillary operations in these trades can readily cut back steel usage without compromising productivity or having their entire work processes overhauled.

As a case in point, the lifting and transportation of heavy objects has traditionally been carried out using ultra-strong slings made with steel wire ropes attached to cranes or ships. But over the last decade or so, synthetic lifting slings have started to surface as an alternative to steel slings. These synthetic slings are made from high-performance fibres used in applications such as body armour, race-car tyres and fireproof clothing.

Imagine a shipyard or construction company that requires multiple trucks and crews to move large numbers of steel slings for its lifting operations. With synthetic slings, it may well need just a fraction of those resources - and that energy. Also, as steel slings are heavy and may require larger cranes because of their weight, an operator using synthetic slings can opt for smaller cranes to hoist the same payload.

Some companies servicing wind farms in Europe have even dispensed with cranes altogether when replacing the blades on wind turbines. Using synthetic ropes running through a custom-made winch system, one such company was able to hoist the massive blades to the head of the wind turbine without the need for a crane.

All this means not only a smaller carbon footprint but also savings on time and costs.

With the right calibration and design, a single synthetic sling can lift weights of up to 3,000 metric tons. This is highly comparable to steel slings. Synthetic slings can even be made stronger than their steel equivalent if required.

They are also less of a safety hazard, which is a real concern for industries that have seen insurance premiums rising thanks to personnel injury claims from frayed or damaged steel slings. High-performance synthetic slings that are just as strong as steel slings are less likely to fray and pose safety risks to workers. No more getting jabbed by broken steel strands, for example.

Moving away from steel slings to synthetic slings will not happen overnight for many companies in steel-dependent sectors. There might even by resistance from some camps. Reasons for this may include their familiarity with steel, the metal’s proven track record in terms of efficacy, and even entrenched commercial interests.

But as the clarion call to fight global warming intensifies, every effort matters. Heavy industries will do well to review their work processes and logistical requirements to better optimise resources and ultimately create a sustainable business – not just for themselves but for the world at large. 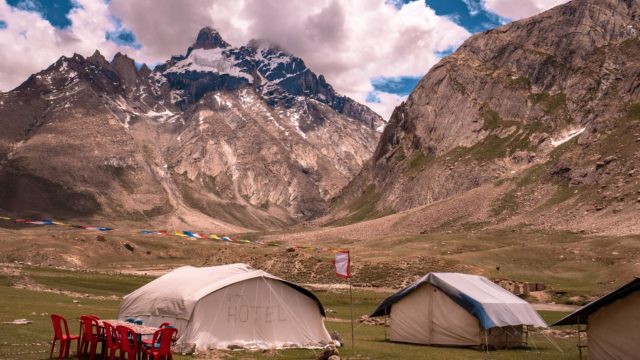 The future of Indian eco-tourism

Fair Trade isn't just about coffee. It's a roadmap for economic revolution

Entrepreneurs around the world are forging a new kind of business - with the power to transform the whole economy.