The green economy is being put forth as a model to solve ecological and economic crises. But what are the basic assumptions of the green economy - and how are they having a practical impact?

1) While the green economy exudes optimism, it is ultimately a matter of faith and selective blind spots

In the mainstream imagination, the green economy wants to break away from our fossil-fueled business as usual. It’s a nice, optimistic message: the economy can continue to grow, and growth can be green. The green economy will even become a driver for more growth. Yet reconciling climate protection and resource conservation with economic growth in a finite and unjust world remains an illusion. With its positive associations, the term “green economy” suggests that the world as we know it can continue much as before thanks to a green growth paradigm of greater efficiency and lower resource consumption.

However, making this promise requires deliberately downplaying complexity and having powerful faith in the miracles of the market economy and technological innovation, while at the same time ignoring and not wanting to tackle existing economic and political power structures. The green economy is thus a matter of faith and selective blind spots.

It can only be a realistic option for the future if it recognizes planetary boundaries and ensures the radical reduction and fair distribution of emissions and resource consumption.

2) Fixing the failure of the market by enlarging it: instead of rethinking business, the green economy wants to redefine nature

The green economy redefines the idea of the primacy of economics as the decisive answer to the current crises. Economics has become the currency of politics, say its advocates. Consequently, they intend to correct the failure of the market economy by enlarging the market. The green economy thus wants the market to encompass things that have previously been beyond its scope by redefining the relationship between nature and the economy.

The result is a new version of the concept of nature as natural capital and the economic services of ecosystems – and not a transformation of our way of doing business. Instead of rethinking business, the green economy wants to redefine nature by measuring and recording it, assigning it a value and putting it on the balance sheet – based on a global, abstract currency: carbon credits.

This hides the many structural causes of the environmental and climate crisis from view and no longer fully takes them into account in the search for real solutions and ways out. The consequences of such an approach are also reflected in the new market mechanisms for trading biodiversity credits. In many cases, they do not prevent the destruction of nature but merely organize it along market lines.

The green economy reduces the needed fundamental transformation to a question of economics and gives the impression that it can be implemented without major upheavals and conflicts. It does not even ask the decisive question – how to create a better future with fewer material goods, a different outlook and greater diversity.

The green economy states its central decarbonization strategy in its mantra: “put a price on carbon”. But this reduction to prices and a single currency unit (carbon credits) is one-dimensional.

Decarbonization can mean many things – the phasing-out of coal, oil and gas, the compensation of fossil emissions by storing equivalent quantities of carbon in plants or soils, or the use of technology for carbon capture and storage (CCS) on an industrial scale. From the social and ecological vantage points, these alternatives lead to completely different results.

The global crisis is much more than just a climate crisis. The now widely recognized system of “planetary boundaries” established by the Stockholm Resilience Centre has identified three areas where we have exceeded safe limits in the field of ecology alone:

The green economy ignores the complexities and interactive nature of these crises and reduces saving the world to the simple narrative of a business model.

4) Innovation as a fetish: the green economy does not put innovation in the context of interests and power structures

Faith and trust in technological innovation is central to the promise of the green economy. But there is no doubt that we need innovation at all levels – socially, culturally and technologically – in order to realize global transformation.

Innovation, particularly of a technological nature, must always be judged in its social, cultural and environmental contexts. After all, innovation is neither automatic, nor a foregone conclusion. It is shaped by the interests and power structures of the actors. Many innovations therefore do not contribute to fundamental transformation, but legitimize the status quo and often extend the life of products and systems that are no longer fit for the future.

The automotive industry, for example, is producing more fuel-efficient engines, but also larger, more powerful and heavier vehicles than ever. At the same time, it has proven itself highly innovative in rigging emissions tests, as recently shown by the VW scandal. Furthermore, it is replacing fossil fuels with biofuels that are highly problematic, both socially and ecologically.

Can we expect such an industry to take a leading role in a transformation that will radically restructure our transportation system – to the detriment of private motor vehicles?

Innovations change our lives, but they do not work miracles. Nuclear technology did not solve the world’s energy problem, nor did the green revolution end world hunger. The examples of nuclear energy, genetic engineering and geoengineering show how controversial technologies can be if their limitations and the social and ecological damage they can cause are not carefully examined in all their dimensions in advance.

It is true that our economy is becoming more efficient, and that is a good thing. But at the present pace, it will not be enough. For example, household appliances consume less energy, but our homes contain more electrical devices than ever before. This rebound effect reduces the impact of efficiency increases.

While a relative decoupling of growth and energy consumption is possible, we need much more in order to achieve the necessary transformation: a radical and absolute reduction of energy and resource consumption – especially in the industrialized countries. Achieving this absolute reduction is not a realistic prospect without questioning the growth-based model of prosperity.

There is no plausible scenario that credibly combines growth, an absolute reduction of environmental consumption and more global justice in a world of nine billion people.

6) The green economy is apolitical: it ignores human rights and people who get involved

The green economy has numerous blind spots: it cares little about politics, barely registers human rights, does not recognize social actors and suggests the possibility of reform without conflict. Social conflicts – such as those arising in the construction of wind farms or major dams, or in the question of who owns the carbon storage capacity of forests – are ignored.

In the wake of the realization that “business as usual” is not an option, the green economy provides a supposedly non-political vehicle to gain hegemony over the transformation path while obscuring questions of economic and political interests, power and ownership structures, human rights and the resources of power.

7) Realism instead of wishful thinking: the future needs environmental policy that can handle conflict

To address the challenges of the future adequately, we need a realistic view of the world that is not distorted by wishful thinking. In other words, the solutions will not be simple and not everything will be "win-win". It will not always be possible to reconcile ecology and business. The required transformation will impact power interests and there will be losers. It will not be attainable without tough negotiations, conflict and resistance.

This represents a call to action for policymakers in particular. Governance has been the key to major environmental successes. Politically motivated and enforced protection of human and natural habitats is far more effective than monetizing nature and the living spaces of people who have protected their ecosystems for millennia.

Not every detail needs to be regulated, but sometimes bans on substances such as leaded gasoline, highly toxic pesticides and CFCs are indispensable, as are independent monitoring and low threshold values.

“ For the most part there is no shortage of alternatives, but a lack of power to implement them, especially against the resistance of entrenched minority interests. For such a perspective, a fixation on the question of 'how can we achieve green growth?' is counterproductive.”

There is no lack of alternatives and good examples. Organic farming, even on a large scale, is already a reality and a highly productive sector of the economy. The theoretical underpinnings of alternative forms of networked mobility systems that do not rely primarily on private vehicles but do not rule out zero-emissions automobiles have been developed and are already being implemented in initial stages.

Above all, innovation must not be confined to the concept of technology: the development of new lifestyles and new forms of urban life also constitute innovation. A decentralized and renewable energy supply is within the reach of realpolitik, as is the elimination of environmentally harmful subsidies.

So for the most part there is no shortage of alternatives, but a lack of power to implement them, especially against the resistance of entrenched minority interests. For such a perspective, a fixation on the question of “how can we achieve green growth?” is counterproductive.

9) The question of power: for a re-politicization of environmental policy

Radical realism is central to an understanding of political ecology that does not shrink back from uncomfortable questions and that seeks majorities in society for a socially and ecologically just transformation. The authors call for a re-politicization of environmental policy and a return to the term “political ecology” as a way of understanding the complex relationships between politics and ecology and between humans and nature, and to give environmental policy and control precedence over economic interests.

Social, cultural and technological innovation must become more closely intertwined. Technologies – and especially their social and ecological impact – must be subject to wide debate and democratic control.

A greening of the economy through resource conservation, the transition to renewable energies, better technology and effective economic incentives such as taxes is undeniably a part of the solution.

However, the project of a global socio-ecological transformation goes much further: It must question established power, prioritize democratically legitimated decision-making processes and structures, and focus on compliance with fundamental environmental and human rights.

The trend reversal will need to be more radical than the green economy’s proposals. It will not be possible without passion and optimism, and not without controversy and struggle. The book Kritik der Grünen Ökonomie sees itself as a part of the global search and an invitation to the debate.

The above are the main theses of the book Kritik der Grünen Ökonomie (currently available in German but soon in English, Spanish and Portuguese), which was published on November 5, 2015. This article is licensed under Creative Commons License. Please see here for original posting. 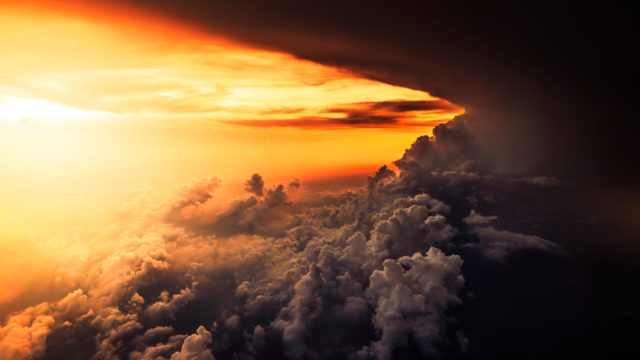 All the latest news & views from across the green economy sector, in a handy monthly digest